An Adventure in Narration

Time Management for Busy Woman...The Wonders of Green Tea...Essential Oils for Hormones...two in-progress epic fantasies that'll take over your reading time as you become drawn in by the incredible stories...not only have I been able to READ again for the first time since embarking on this incredible adventure, but I've learned so much.

I think most happily, though, I've made new friends with like-minded souls. There is something so gratifying in making those special connections, ranging from a shared passion for a story to a shared perspective on life and love. Today, I want to tell you about Edwina Martin-Arnold; one of those connections I'm especially grateful for.

I consider it a great privilege to narrate The Chocolate Romance Series! Edwina draws unsuspecting romance readers in to her intricately-crafted plot lines, and then accomplishes something else: she opens our minds, teaches us something, and in the end, enriches our perspective, not only on love and sex, but on life! If one is so inclined, these subtle lessons could be brushed over in favor of simply enjoying the characters and their adventures...but there are nuances which, when perceived, hint at enlightenment.

Not an easy feat.

My own endeavor to offer new perspectives on death and the afterlife through my own books remain a constant undercurrent to my own efforts. It is refreshing to meet someone unafraid to tackle timeless issues with both bravery and an open heart, willing to learn as they go, as well. Readers of romance and thrillers , hold on; I think Edwina and I are up for challenging boundaries for the foreseeable future. Join us; you won't be bored. ;)

What's next?  Chocolate Friday is done and on sale here. Book 2, Vanilla Chocolate, will follow very soon. And new release Chocolate Drop is being narrated and will be available in audio format late spring/early summer.

What about me, you ask? Book 2 of The Seers Series, Soul Seer, is two-thirds complete on paper, and finished in my mind (heck, I've already written book 3 in my head!). I'm aiming for a May release!

And stay tuned for more work from the duo of Edwina and myself. What do writers of thrillers and romance have in common? So much, guys. How about following your dreams, to start? There may be a Facebook Live coming to expand upon that little nugget...stay tuned!

Posted by Theresa Dale at 7:58 AM No comments: 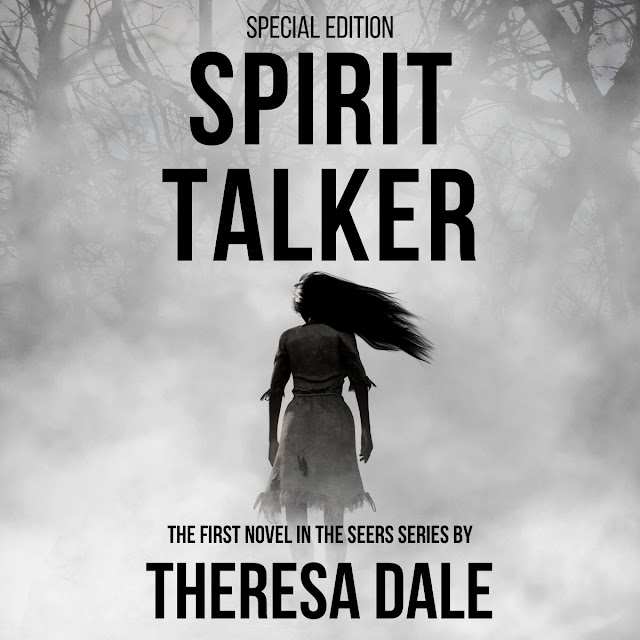 Posted by Theresa Dale at 4:50 PM No comments:

Narrated by the wonderful Virginia Ferguson, who in my opinion tells the story beautifully. I'm so excited to introduce: 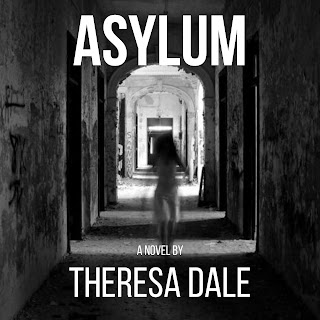 Posted by Theresa Dale at 8:00 AM No comments:


Posted by Theresa Dale at 3:14 PM No comments:

A Letter to Stephen King

I know just when to start this letter: in my very early childhood, when I lived in a PMQ on Prince Edward Island and was desperate to connect with a father who was, at the time, an undiagnosed bipolar who self-medicated with alcohol.

When he was at home, he could be counted on to be doing a limited number of things: listening to music on his headphones and sitting on the couch, reading. Always reading. And often, it was your name that graced the cover beneath the title.

I would sit next to him, reaching with my entire self to perceive the music that soothed him. Sometimes he'd even place the headphones, heavy and overlarge, on my head for a moment or two, and I'd be enveloped in the magic of Pink Floyd, Jethro Tull, Elton John or the all-time favorite: Eric Clapton. I learned how my father's gentle tappings, fingers on the pages of his book or on his thigh, connected to the cadence of the tunes he'd share. The ebbs and flows, the driving beat... and it was magic. And I would keep the beat with him when we'd sit together, regardless of whether I could hear the music or not, because by then I knew what spurred his rhythmic tapping, and knew, too, that he loved it. And maybe, if I loved it, too, he'd love me even more. Maybe he'd realize I understood something about him, and feel better. Stay home more, even.

I used my mother's never ending joy of reading to us to my advantage. My father devoured thick, heavy tomes with powerful-looking block letters on the jackets, his eyes roving over the page hungrily. His busy, troubled mind rejoicing in the distraction of those rows and rows of letters drawn together in chunks and then blocked into sentences and paragraphs. But my mother read my sister and I smaller, brighter versions that had pictures and far fewer words. And I knew two things: that each example, though different, was categorized as a book. And that I wanted to graduate to those bigger and obviously more fulfilling books that held my father's attention. Because in my mind, regardless of all else, my father was the smartest, coolest human ever.

So, when my mother read to me, I studied the words. I remember picking out the pauses between sentences and asking her why some letters were bigger than others. And I noted the sounds of each, whenever I was able.

But three, I was reading to her.

It was a celebrated accomplishment; my parents and relatives, and later, teachers and peers, seemed to think it was pretty special that I'd learned at such a young age. But they didn't know how hard I'd worked, and for what purpose.

And then something else happened: I learned that, though I was able to read, I would not be allowed to hold my father's heavy books on my own lap, nor should I tease them out of their tight spaces on the shelf.

Those books weren't for little kids.

I was seven when my father finally put my first Stephen King (The Eyes of the Dragon) into my hands. He'd comforted my mother in that it was "tamer" than many of your other titles... sufficiently enough for her to allow it, anyway. She still pressed her lips together, her eyes darkening, whenever she found me reading it. Which was always, until I'd torn through it and, eager for more, read it again.

I loved it. And there was something else: it felt familiar to read your words. See, I've always been a different sort of girl... one plagued with nightmares, visions and a sensitive perception of the supernatural. And finally in my hands was solid proof that, fiction or no, I wasn't the only one in the world who saw things with a bit of a tilt to them.

But it was different than I'd ever imagined any reading could be. I specifically recall the scene in which Thomas is watching his father through the eyes of Niner and being shocked when the King is described doing things people tend to do when they're alone - peering at themselves critically, picking his nose, lamenting drunkenly to the empty room. And then there was Flagg, a villian the likes of which I'd never imagined, manipulating and conniving and so very dark.

That was the only Stephen King I was allowed to read for a long time. And the ones I read next were read in stealth, after I'd pried them from my father's bookshelf in the living room and secreted them to my room. I read Christine and Thinner and The Tommyknockers, then Misery (which I adored) and The Dark Half. Much of what I read shocked me but, in the clutches of your mastery with words, I read on, confessing to my parents only after I'd managed to get through my father's collection. Can you guess what happened, then?

He determined I was old enough to read your novels. And my mother unhappily admitted that, as I'd already been so exposed, it was useless to ban them any longer.

And the love affair went on. The first book my father gave to me after that was Needful Things when it came out in '91, and I was floored. Sure, I'd been reading everything I could in between, interspersing library copies of Pet Sematary, The Talisman and IT with The Babysitter's Club, Are You There, God? It's Me, Margaret, and Sweet Valley High. I'd take my books outside in the warmer months, reading in the grass or on the tracks with the sounds of the river in my ears. Over the years, I found some of my all-time faves: Bag of Bones, Duma Key, Lisey's Story, 11/22/63, and by then, I was writing, too. Poetry, for the most part (like my father) and short stories here and there, but as I progressed through school and eventually university, I'd kept journals and songs, too... a collection of my own experiments. My personal tribute to the art of language.

Now, I write my own books - supernatural thrillers - and put them out into the world, delighting in the perpetual process of learning. Relieved at the outlet it allows me for all those things that live in me and fester, otherwise. Saved by it in the wake of a chronic pain diagnosis and early retirement from my day job. I won't say it's providing financially just yet, but I see it down the road. I have to! But even if not, I'll still do it.

And my father edits it all. Masterfully. Oh... and he's been sober for nearly 30 years.

So, I guess I just want to say thank you. I've admired you since I could recognize your name, and that was almost from the very start of this stint, in this body, this life. You've unknowingly provided me - and I'm sure many others - a refuge through your work, and I wanted you to know.

Posted by Theresa Dale at 11:15 AM No comments:

Book 2 of The Seers Series is loosely scheduled for mid-March.

Shya is enmeshed in her own personal Hell, somewhere between life and death and woven into the roots of a powerful demon. But Asmodeus won't be satisfied with the bright souls he's collected - he's always wanted more. He's always wanted it all. So, using the weakened barrier between the realms and Shya's incredible energy, he's breached the barrier so that dark souls can slip through to the land of the living. And while the earth turns dark, the souls of the living start slipping, too.

The Seers must untangle Shya from her trap, but how, when they're fractured and the world is spiraling into darkness? Dawn thinks she knows, but the only solution that feels right isn't one she's willing to divulge. Not yet.

She won't lose another member. 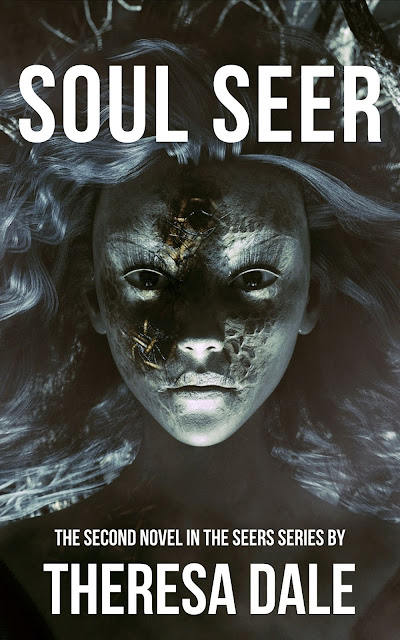 Posted by Theresa Dale at 9:12 AM No comments: 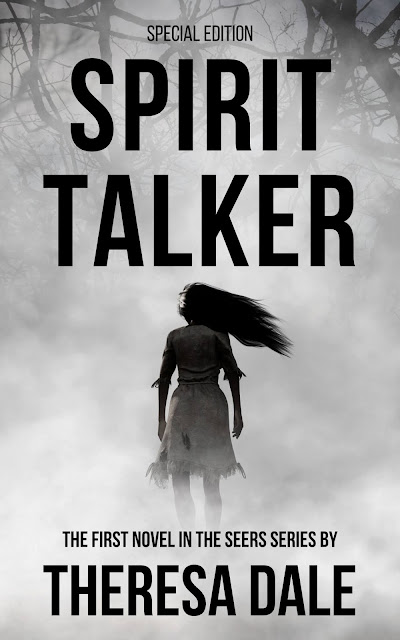 Posted by Theresa Dale at 8:17 AM No comments: 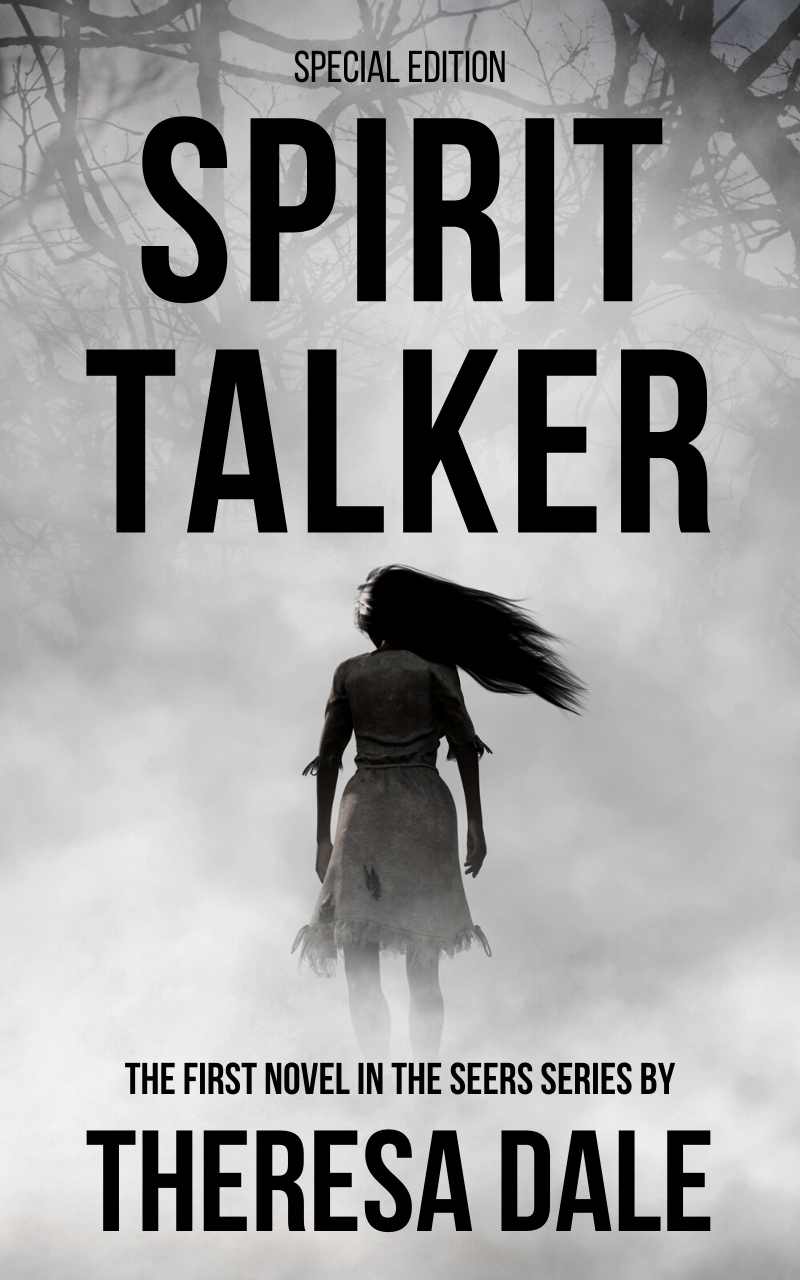 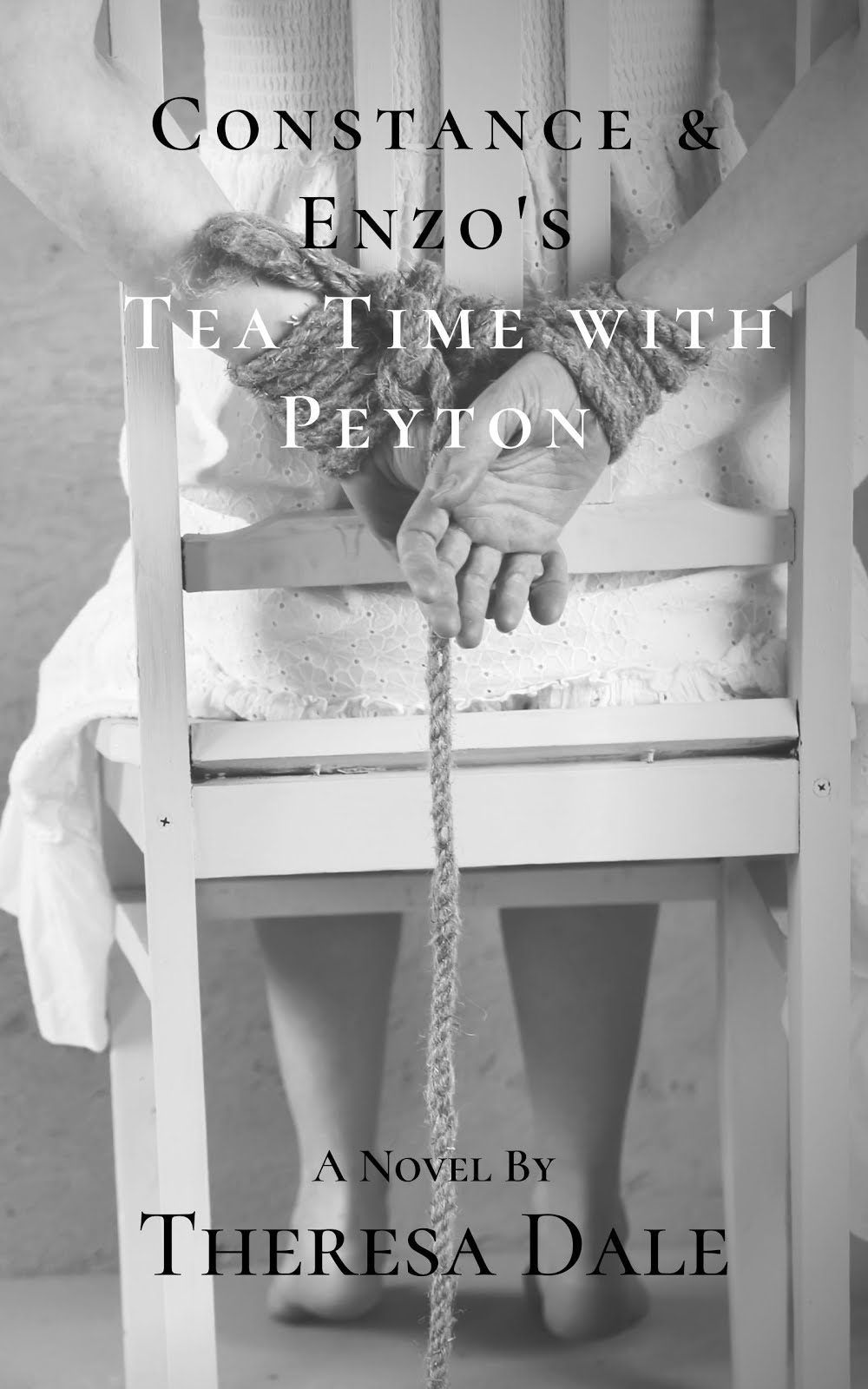 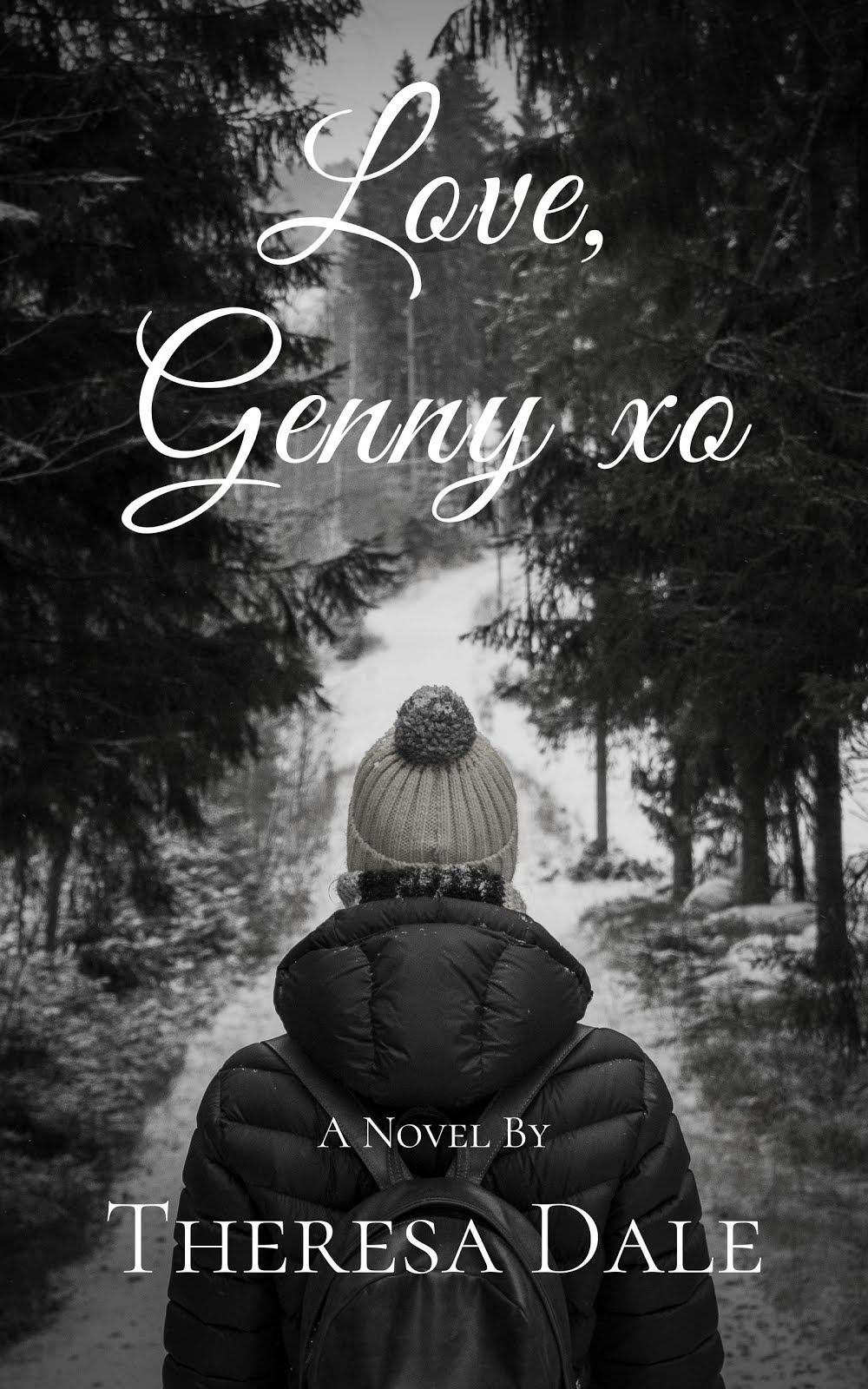 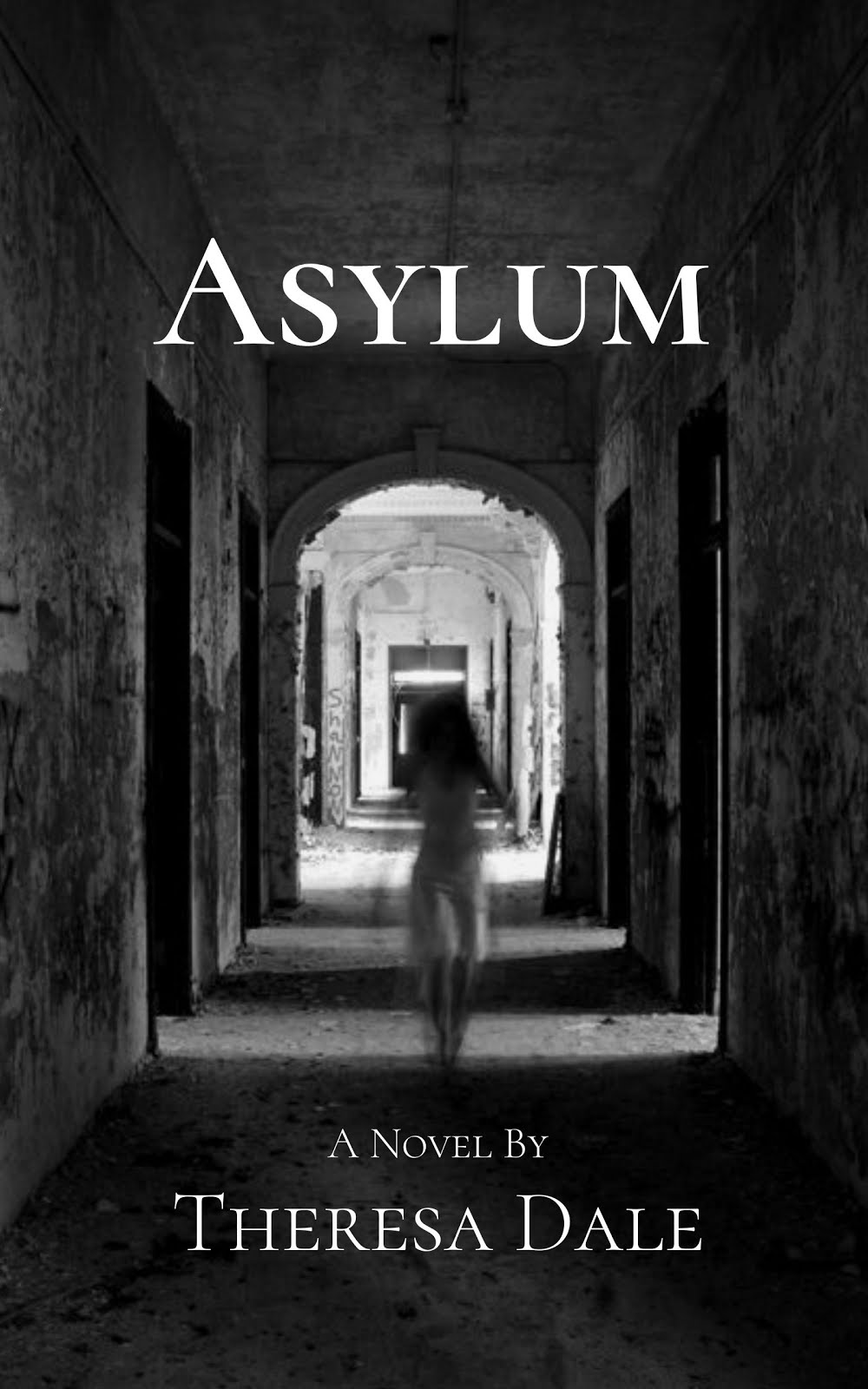 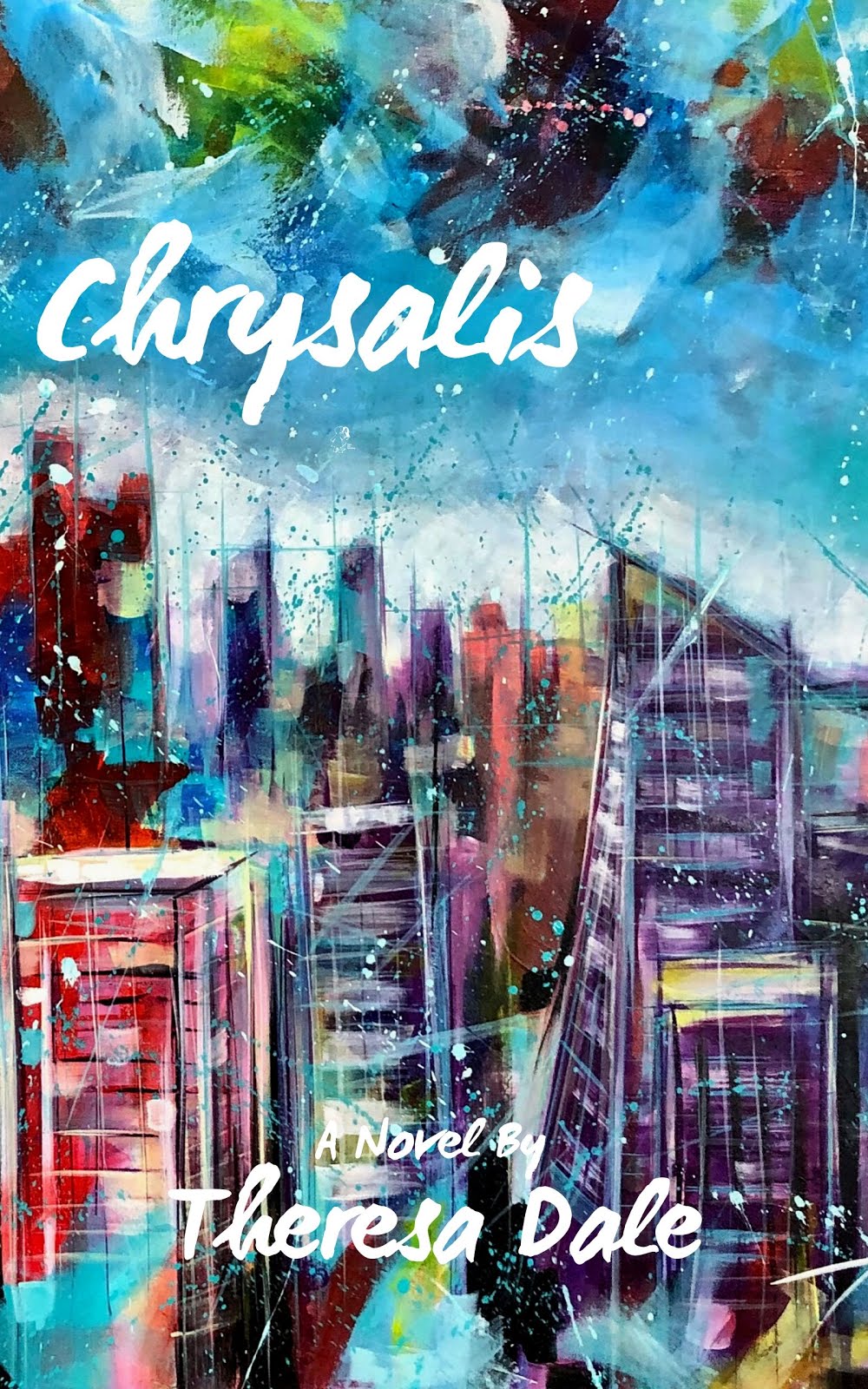 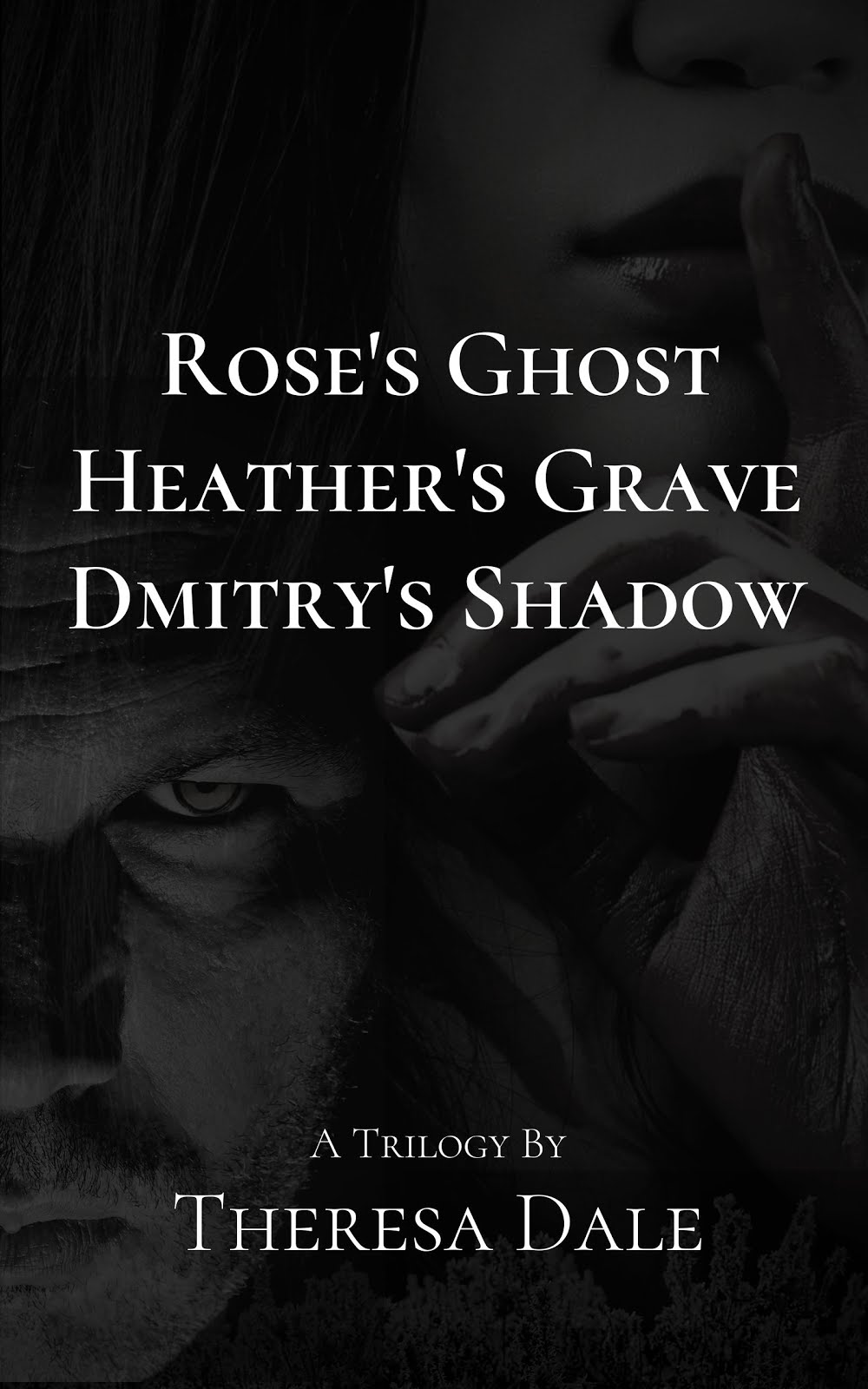 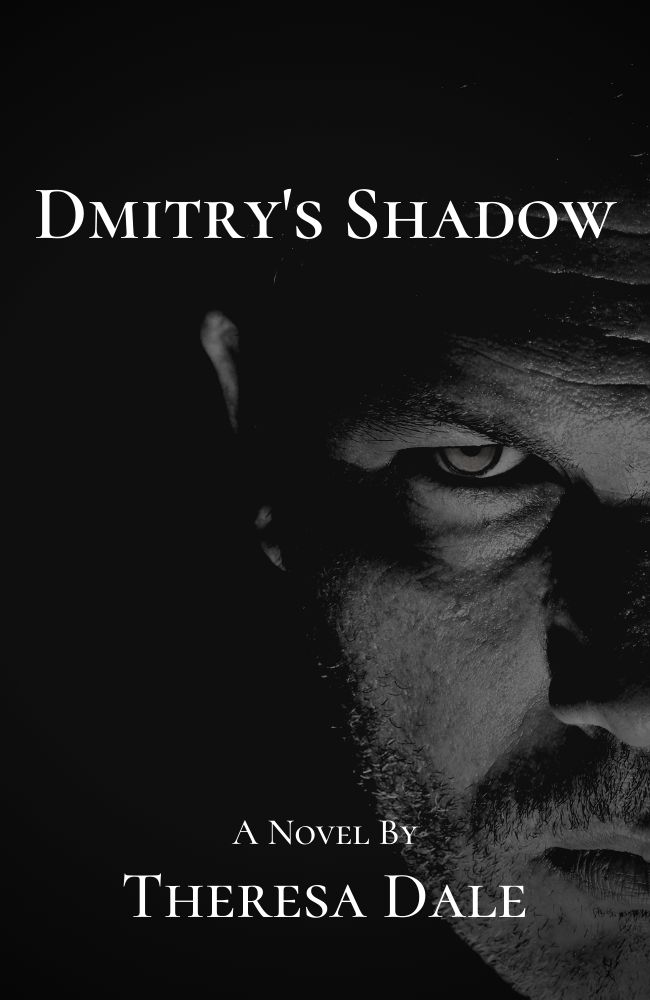 The Final Book in the Rose's Ghost Trilogy 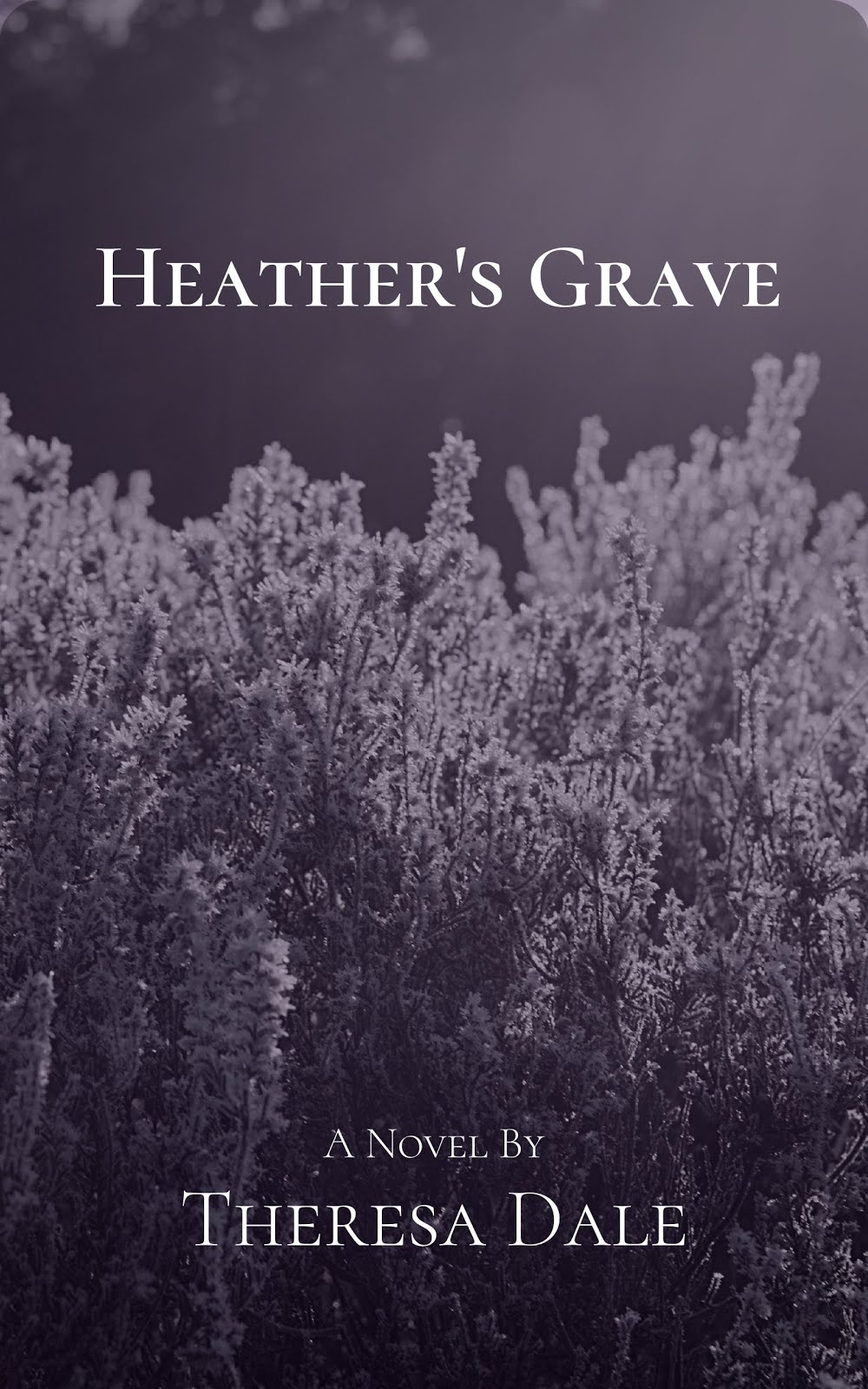 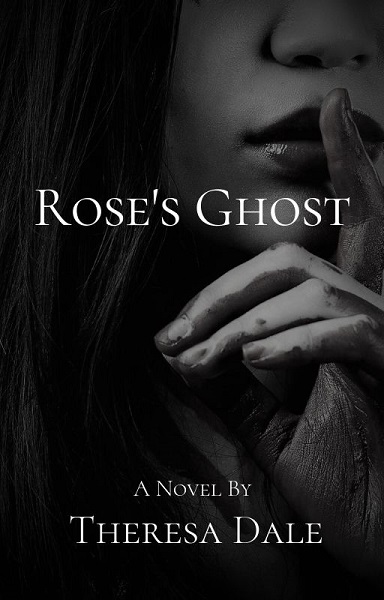 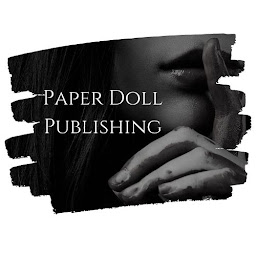 Buy Bird With A Broken Wing on Amazon 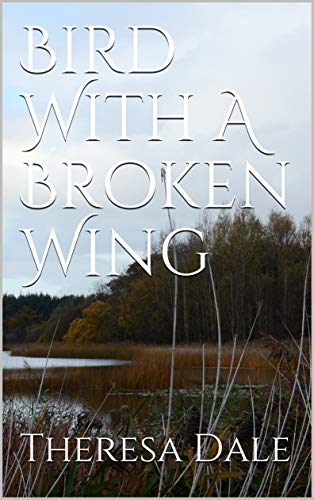 Buy That Summer on Amazon 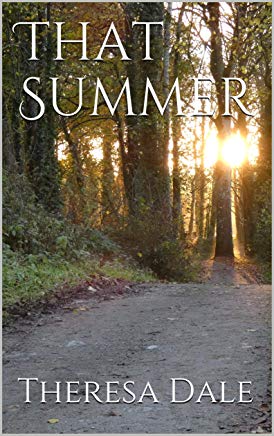 Theresa Dale
Hi, my name is Theresa, and I'm here to make you shit your pants. Just kidding. I write nice stories. They're a little scary, that's all. I hope you enjoy reading them as much as I enjoy emptying my head of them. 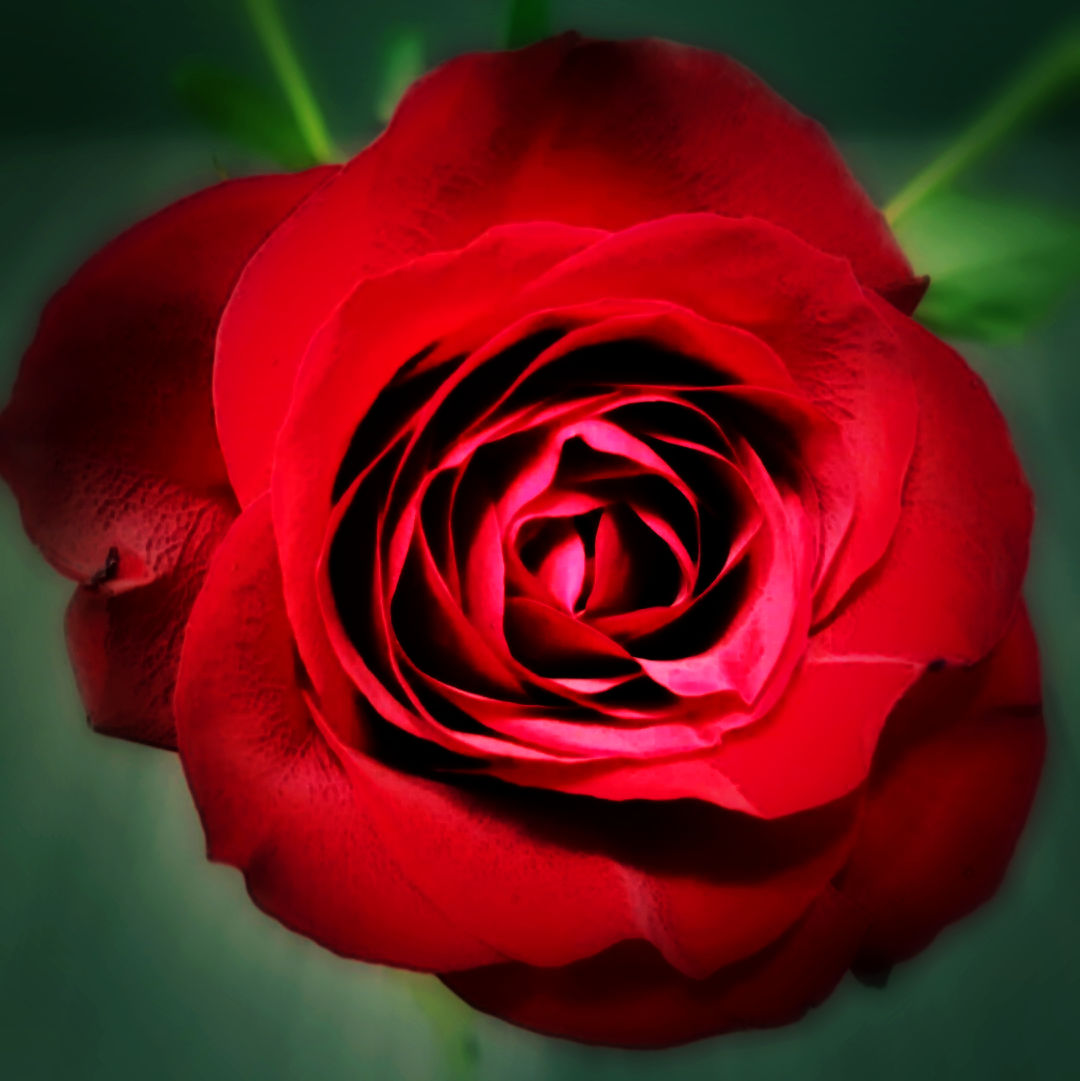